The concept of 3D printing is not a new one.

In fact, the original idea was first conceived back in the mid-nineties and whilst 3D printing technology is still very much in the testing phase, it is expected to play a huge part in the future of the construction industry.

The science behind 3D concrete printing …

3D concrete printing works in the same way as a desktop 3D printer, using a robotic arm mounted on a crane to do the printing. The arm extrudes layers of concrete placing down the building’s structural foundations and building upon them layer by layer. 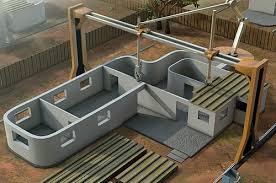 A history of 3D concrete printing …

These buildings are recognised as the first complete structures of their kind to be fabricated using construction 3D printing technologies. In 2016 the world’s first 3D printed office building was opened in Dubai.

3D printing technology has the potential to completely revolutionise the way we construct buildings. Not only will it make the building process much quicker as entire houses can be built in 24 hours, it will also save a huge amount on labour costs.

The manufacturing process itself is also very economical. 3D printers can print continuously, and you only use the exact amount of materials you need. 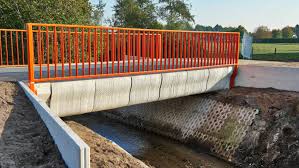 The future of concrete printing …

Earlier this year, the Eindhoven University of Technology, along with several other partners, began work on building a community of 3D houses as part of “Project Milestone”. The houses are set to be completed next year and will be the world’s first group of habitable 3D-printed homes.

There have already been 20 applicants who’ve expressed an interest in renting one of the homes and if the project is a success then it could totally change the way houses are built in the future.

Currently it is fairly difficult to print on an architectural scale and there are still a lot of challenges that need to be overcome.

However, with technological advances moving at a rapid pace and more and more companies interested in using 3D technology, we could all be living in 3D homes very soon. For more information on  “project milestone”, please click here.

For all the latest news and updates, follow us on your favourite social channel!
Maxi Readymix – GDPR Compliance …

How to Prepare and Lay Concrete Steps …
Scroll to top